This event will highlight advocacy from the perspective of a practitioner and the key provisions of AMLATEPUA 2001. 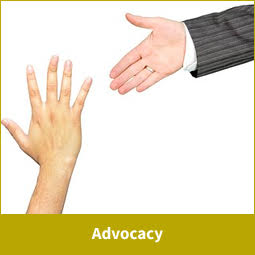 This event will highlight advocacy from the perspective of a practitioner and the key provisions of AMLATEPUA 2001.

Steven Perian QC is a Malaysian practising in the UK. He was called to the Bar in 1987 and joined the Crown Prosecution Service in 1989. He returned to the Independent Bar in 1995. He is a member of Lincoln’s Inn and Inner Temple He was appointed Queen's Counsel in 2016 having previously been appointed Junior Counsel to the Crown (Attorney General's Panel of Prosecution Advocates - List A (London and South Eastern Circuit). He was appointed at the highest Level (Level 4) on the Advocates Panel List and a (Level 4) prosecutor on the Fraud Panel and Rape List.

He is a member of the Criminal Bar Association, Chartered Society of Forensic Sciences [affiliate], Chartered Institute of Arbitrators, and Civil Mediation Council. He is a CMC Registered Civil and Commercial Mediator. He is an accredited Vulnerable Witness Trainer for Lincoln’s Inn and The South Eastern Circuit.

He is also an advocacy trainer for Lincoln’s Inn. In 2013 and again in 2014 he was named 'Forensic Law Barrister of the Year' by Acquisition International.Legal 500 UK has ranked him as one of the  Leading Queen’s counsel in Crime (general crime) for London.

The Legal 500 has said ... 'He is able to get to the core of the case’. 'His practice includes a range of challenging homicide cases’. 'Comfortable prosecuting and defending violent and sexual crime.’

The 2018 edition of The Legal 500 says: Steven Perian QC... '‘He defends in murder cases.' He has extensive experience in prosecuting and defending in the most serious criminal offences which includes: complex fraud, money laundering, murders, sexual offence, gang violence, organised crime and drug trafficking cases.