Duties of Council Members and Categorisation of Common Property

In the case of 3 Two Square Sdn Bhd v Perbadanan Pengurusan 3 Two Square & Ors; Yong Shang Ming (Third Party) [2018] 4 CLJ 458, the High Court had the opportunity to consider the categorisation of common property in a stratified development and the duties of council members of a management corporation of such a development.

Disputes arose as to the party who was responsible for the maintenance of certain areas and facilities within the Development, including the cooling tower located on the roof of Crest Tower and the toilets and lifts located in Crest Tower (“Disputed Facilities”).

The first to eighth defendants contended that the Disputed Facilities did not form part of the common property of the Development whilst the ninth defendant denied liability on grounds that he had not been involved in the decisions by the Management Corporation.

His Lordship further held that sections 10(3) and 10(4) of the STA did not impose a requirement for common property to be specifically labelled in a strata plan in order to be considered as common property. Instead, the labelling requirements in those sections only applied to proposed strata plans to be submitted to the relevant authority in connection with an application for approval for subdivision of a building.

The Court also rejected the defendants’ contention that the Disputed Facilities were not part of the common property due to the special or exclusive use of those facilities by the plaintiff. According to the Judge, this contention is not supported by the provisions of the STA nor that of other relevant statutes applicable at the material time and is not a concept which is provided for in the relevant legislation.

The Judge also referred to JMB Silverpark Sdn Bhd v Silverpark Sdn Bhd [2013] 9 MLJ 714 where it was held that two requirements had to be fulfilled in order for an area to be considered as “common property” under the Building and Common Property (Maintenance and Management) Act 2007 (“BCPA”): the area must be outside a parcel, and must be used or capable of being used or enjoyed in common by all occupiers of the building.

The High Court in the present case noted that the definition in the BCPA refers to “occupiers” rather than “proprietor”. Thus, the Disputed Facilities would comprise “common property” so long as they are capable of being enjoyed by the employees and tenants of the plaintiff in Crest Tower, notwithstanding that the plaintiff was the sole proprietor of all the parcels in the tower. The Court further added that the proper categorisation of a facility as common property cannot depend on the identity of the proprietor as it could give rise to an absurd result if a facility is not considered as common property on one day (and thus need not be maintained by the management corporation) but would be considered common property once the proprietor sells one of his parcels to a third party.

The Judge emphasised that the BCPA does not apply to the case before him as the management corporation had already been formed (thereby bringing the matter outside the scope of the BCPA and into that of the STA) and added that the reference to the BCPA was to show that the definition of “common property” therein supports his conclusion that the Disputed Facilities ought to be considered as common property.

The plaintiff also sought to make the second to ninth defendants personally liable in their capacity as council members of the Management Corporation for the latter’s breach of duty on the basis that individual council members owed a statutory and fiduciary duty to the plaintiff.

In the absence of legal precedent in Malaysia on the aforesaid issue, counsel for the plaintiff cited the legal position in other jurisdictions, such as Australia, Sri Lanka and Ontario, Canada, where the fiduciary duty of the office bearers in a corporation that manages stratified property has been considered. After examining the authorities submitted by the plaintiff’s counsel, the Judge cautioned that authorities from other jurisdictions are at best only of persuasive value, and that the legal position in Malaysia must take into account local circumstances and be consonant with the context of local legislation.

The Judge opined that the duty of a council member is not co-extensive as the duty that is owed by a director to the company of which he is a director. A council member should not be held to the same high standard of care as would be owed by a professional director in a company for the following reasons:

(a) a management corporation established pursuant to the STA differs from a company incorporated under the Companies Act 2016: the former exists simply as a repository of rights that are common to all the proprietors in a development whereas the latter is formed for the purposes of pursuing a particular venture or economic activity;

(b) council members are elected from a much smaller pool of candidates, i.e. proprietors of the parcels in a particular development whereas a for-profit company may select and appoint its directors based on their skill and experience; and

His Lordship then set out the applicable principles, which may be summarised as follows:

(2) The duty is owed to the management corporation and to the proprietors as a whole but not to individual proprietors;

(3) The nature of the fiduciary duty includes:

(a) a duty to exercise due care and skill, having regard to the skill and experience of the council member in question; and

In light of the Judge’s view that council members owe a fiduciary duty to the management corporation and to the proprietors as a whole but not to individual proprietors, His Lordship held that the plaintiff’s claim against the second to ninth defendants for breach of fiduciary duty failed on a point of law. The Court was also satisfied that there was insufficient evidence to show that the council members had acted otherwise than in good faith and in what they considered to be in the best interests of the proprietors as a whole.

This decision is noteworthy as it sheds light on the basis for determining whether certain areas or facilities in a stratified development are to be categorised as common property.

It is also significant as it is the first reported decision in Malaysia which considers and sets out the nature and extent of the duties of the council members of a management corporation of a stratified development.

As the plaintiff’s action was commenced prior to the coming into force of the Strata Management Act 2013 (“SMA”), the provisions of the SMA did not apply to this case and were not considered by the Court (except in relation to the issue of costs). It is submitted that the duties of council members of a management corporation expounded by the learned Judge in this case would be applicable under the regime of the SMA.

Although the definition of “common property” under the SMA differs from that in the STA, it is submitted that the principles laid down in 3 Two Square on the categorisation of common property would apply under the SMA provided that the area or facility in question is used, or capable of being used or enjoyed, by the occupiers of two or more parcels. 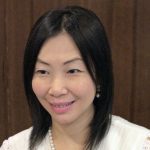 Oon Hooi Lin graduated from Queen Mary College, University of London in 1992 with an LLB (Hons). She was admitted as a member of the Honourable Society of Lincoln’s Inn and was called to the English Bar in 1993. She was called to the Malaysian Bar in 1995. Her main areas of practice are conveyancing matters, corporate share sales, transfers of ownership in businesses, joint venture schemes, licensing and franchising agreements, housing and corporate financing. 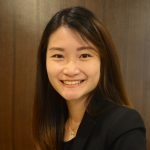 Melody Ngai Shi Yun graduated from the University of Leeds in 2013. She was admitted to the Honourable Society of Lincoln’s Inn, London, as a Barrister-at-Law in July 2014 and was admitted to practice as an Advocate and Solicitor of the High Court of Malaya in September 2015. Her areas of practice are Acquisition, Real Estate, Banking and Finance, Trust and Probate.

CPD | Stay Ahead of the Game