Intraday Short Selling: Here to Slay or to Stay?

Addy Herg provides an overview on one of the Bursa Malaysia’s latest initiatives—intraday short selling.

On 6 February 2018, the then Prime Minister of Malaysia, Dato’ Seri Najib Razak, announced several initiatives to stimulate the Malaysian capital markets, one of which was the introduction of intraday short selling (“IDSS”).

In an IDSS, the seller must close off his sell position with a buy position in respect of the securities on the day on which the short sale is executed.

A short sale differs from the traditional norm of “buy low and sell high” commonly seen in the stock market, whereby an investor buys securities at a low market price and sells them to make a profit when the market price goes up.

WHO CAN PARTICIPATE IN IDSS?

Any person who is a client of a Participating Organisation (“PO”) may participate in IDSS, subject to his compliance with the prescribed requirements under the BMS Rules and any other requirements that may be imposed by the PO.

SUBJECT MATTER OF A SHORT SALE

CRITERIA TO BE SATISFIED TO EXECUTE IDSS

In order to execute IDSS, a seller must have, in addition to complying with the requirements specified by his PO –

(3) submitted a written declaration that he fully understands the requirements of the BMS Rules in relation to IDSS, and that he is not associated with the body corporate that issued or made available the Approved Securities in relation to which the short sale is to be entered.

The requirements in paragraphs (2) and (3) above do not apply to a seller who satisfies the criteria set out in Appendix 2 of Directive No. 8-003, which include, amongst others, licensed banks and investment banks, licensed fund managers, licensed closed-end funds, foreign fund managers and foreign financial institutions.

IDSS may only be carried out by way of an On-Market Transaction, which is a match of a buy order to a sell order in Bursa Malaysia’s Automated Trading System. IDSS must not be executed through a Margin Account or by way of a Direct Business Transaction or On-Market Married Transaction.

All IDSS orders must be executed by a PO on the market day on which the order is placed. Any IDSS order which is unexecuted, in whole or in part, cannot be carried forward to the next market day.

IDSS is not permitted to be executed (a) within 21 days after a takeover announcement involving the Issuer of an Approved Securities; or (b) when the Approved Securities have been declared as Designated Securities under Rule 7.14 of the BMS Rules when expressly directed by Bursa Malaysia.

FAILURE TO CLOSE OFF A SELL POSITION

In the event the sell position is not closed off with a buy position at the end of the market day on which the IDSS is executed, the seller may perform any of the following –

(1) borrow the securities under an SBL Agreement;

(2) perform a manual buying in process or permit the transaction to be subject to auto buying in;

(3) transfer the securities from another securities account, subject to the transfer rules; or

(4) utilise his existing shares to cover the position.

The failure to close off a sell position with a buy position by the end of a market day is a breach of BMS Rules by the seller notwithstanding that he may have taken any of the actions described above. In such event, the Securities Commission Malaysia may take various actions against the seller, including imposing a penalty that is proportionate to the severity of the breach, but in any event not exceeding RM1 million, or reprimanding the seller.

IDSS may be suspended in the following circumstances –

IDSS will be suspended (i) for the remaining duration of the market day in the scenarios described in paragraphs (1)(a) or (2) above; or (ii) until the aggregated quantity falls below 10% of the quantity of outstanding shares or securities, which can only occur when there is redelivery of Eligible Securities under a SBL Agreement or of ISSBNT Eligible Securities under a ISSBNT Agreement in the scenario described in paragraph (1)(b) above.

Since its introduction until 30 June 2018, IDSS has been suspended on 42 occasions in respect of 28 Approved Securities, with Unisem being the first on 25 April 2018 and MyEG being suspended the most number of times on five occasions. In all instances, the suspension was due to the price of the Approved Securities falling by more than RM0.15 or 15% from their Reference Price. The suspensions on these grounds are reflective of the recent bearish sentiments on Asian bourses (including Bursa Malaysia) and do not suggest that there has been rampant short selling of Approved Securities.

The introduction of IDSS will open short selling to a wider group of investors and make the local bourse more interesting as it presents opportunities for making profits from trading securities even in a bearish market.

The safeguards put in place by Bursa Malaysia for IDSS, i.e. the requirement to have an SBL Agreement or ISSBNT Agreement to safeguard against a seller’s failure to close off an open position and the circuit-breakers that result in IDSS of an Approved Securities being suspended when specified thresholds are triggered, will prevent undue disruption to the stock market.

IDSS, with its safeguards, is to be welcomed as it adds greater depth and breadth to Malaysia’s capital market. Time will tell whether investors will become more sophisticated in their trading strategies by taking advantage of the availability of IDSS. 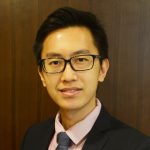 Addy Herg graduated from the University of Manchester with a LLB degree in June 2010. He was admitted as a Barrister-At-Law (Inner Temple) in July 2011 and was admitted to practice as an Advocate and Solicitor of the High Court of Malaya in August 2012. Addy’s portfolio focuses on merger & acquisition, and foreign direct investment. Addy is a liaison person of SKRINE’s China Desk. He is fluent in English and Mandarin, both professionally written and spoken.